India plans to install 450 gigawatt (GW) of renewable energy (RE) generation capacity by 2030. However, RE is highly intermittent in nature and cannot be dispatched on the basis of real-time demand. Utility-scale energy storage technologies such as battery and pumped-hydro could be the answer to this problem. Pumped-hydro energy storage (PHES) is the oldest and most mature large-scale storage technology and accounts for 96% of global installed energy storage capacity. PHES offers superior features, such as continuous generation for 6 to 10 hours (depending on the storage capacity of its reservoir), high ramping capability (around 1% of its capacity/second), efficiency in the range of 70% to 80%, and long lifespan of 40 to 60 years. It remains the most cost-effective long-term storage option available today, despite the recent reductions in battery costs.

However, in spite of these advantages, the growth of PHES in India has been tepid so far. The Central Electricity Authority of India has estimated a PHES potential of 96 GW, of which only 3.3 GW is currently operational in India. This slow pace can be attributed to the high cost associated with the commissioning of PHES plants, the long gestation period (due to delays in obtaining environmental clearances), and the poor recovery from the existing pricing mechanism of PHES.

You may read the Press Release here.

You may read about press coverage by SolarQuarter here. 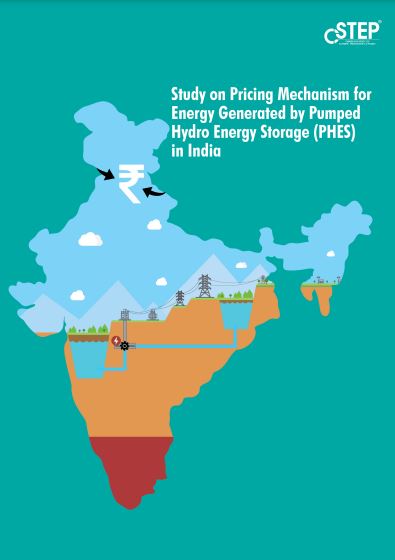