How Did China Become the Largest Solar PV Manufacturing Country?

Addressing the challenges of RE manufacturing in India: Horizon 2032

This report has been prepared jointly by CSTEP and the World Institute of Sustainable Energy (WISE). It examines the manufacturing supply chain of various components used in Renewable Energy systems (Wind and Solar) in India. As a part of this study, several interviews were conducted across the solar and wind industry comprising manufacturers, developers, system integrators, academicians and policy makers. This helped us to identify a few critical components in the above mentioned sectors. A sourcing strategy –'indigenize vs. import' for these components has been identified based on macro-economic criteria, material and resource constraints, techno-economic feasibility and international market dynamics. The study recommends short-term (2022) and long-term (2032) targets for component sourcing. It recommends the components that can be manufactured indigenously for solar and wind technologies. For example, for wind technology blades, generators and towers should be manufactured indigenously in the short-term and for the long term manufacture of all the components can be indigenized. Finally, the study proposes several measures in finance, standards and benchmarking, materials and technology and research and development to promote and support domestic manufacturing in solar and wind technology,

How did China become the largest solar PV manufacturing country?

This paper examines the key policy drivers that helped China become a global leader in terms of solar PV manufacturing. The global push towards solar energy started in early 2000, and Chinese PV industry exploited the opportunity and built domestic manufacturing facilities. Since 2004, China's production march on all fronts of the solar manufacturing value chain began polysilicon feedstock, wafers, cells and modules. By 2008, the growth of solar industry became formidable as the Chinese firms started reaping economies of scale in the production of purified silicon. By then, China had become the largest PV manufacturer in the world, with 98% of its product shipped overseas.

The Chinese government has strongly supported the development of a world-leading solar manufacturing industry. The government promoted an industrial policy with measures that included innovation funds, exemption of land fee, exemption on electricity bill, low-rate loans, tax credits, and grants. Also, the growing demand in developing countries has helped China to reduce their manufacturing costs.

A strong support to domestic solar manufacturing sector coupled with fortuitous global developments for the industry have enabled Chinese firms to dominate the global market. 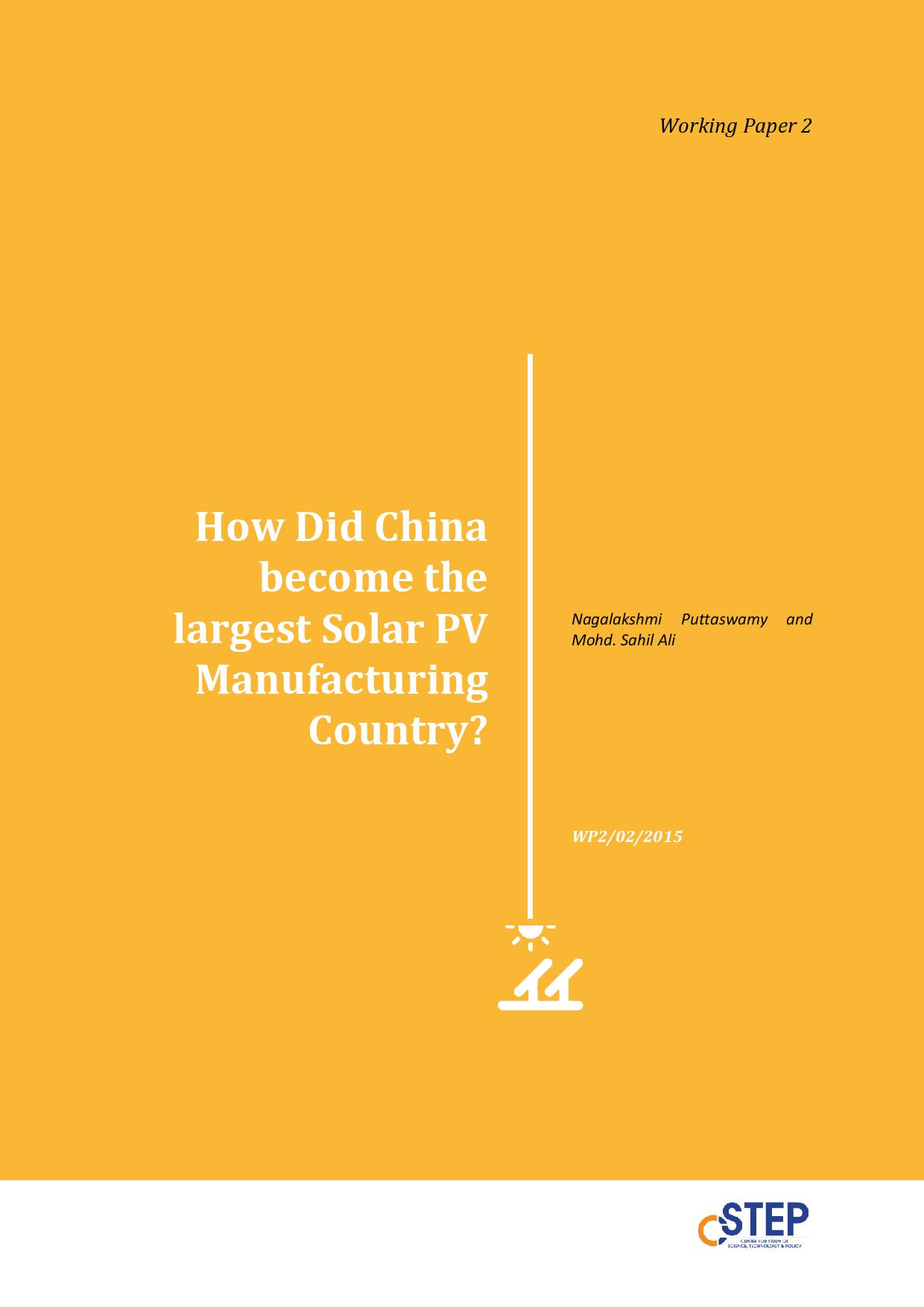