Karnataka is the second most arid state in India, after Rajasthan. The decline in rainfall in recent years has seen an increased reliance on groundwater for fulfilling agricultural water needs in Karnataka. This requires significant power consumption because a majority of irrigation pump (IP) sets, used to pump groundwater, are electrical. Most of the existing pump sets operate at a very low efficiency, leading to a high electricity consumption for the same unit of productivity. Moreover, none of the existing IP sets are metered and electricity is provided to farmers at a highly subsidised rate, which, in turn, puts a tremendous subsidy burden on the state government. Considering that the majority of IP sets are submerged, the actual pump capacity is harder to track. Since 2009, various pilot projects were implemented for replacing existing inefficient IP sets with energy-efficient IP sets. However, these projects covered only 2,200 pumps in Karnataka and were not scaled up. This study aims to assess the feasibility of replacing 5 lakh inefficient IP sets with energy-efficient IP sets across the five Electricity Supply Companies (ESCOMs) in Karnataka. Based on the pilot studies conducted in Karnataka, the efficiency of existing IP sets was found to be less than 30%. The current energy-efficient IP sets have an efficiency ranging from 35%-55%, providing a huge potential for energy savings on replacement. By replacing 5 lakh IP sets, the Government of Karnataka could save about INR 900 crore from subsidy outlays every year. The project shows an attractive payback period of three years, in spite of the cost of replacement being about INR 2,500 crore. CSTEP suggests that the Government of Karnataka could solely invest in the project, or partner with an energy service company in order to finance the project. Based on the findings of the study, CSTEP suggests a step-by-step implementable roadmap of the project, as well as recommendations on AgDSM measures to be adopted by ESCOMs. 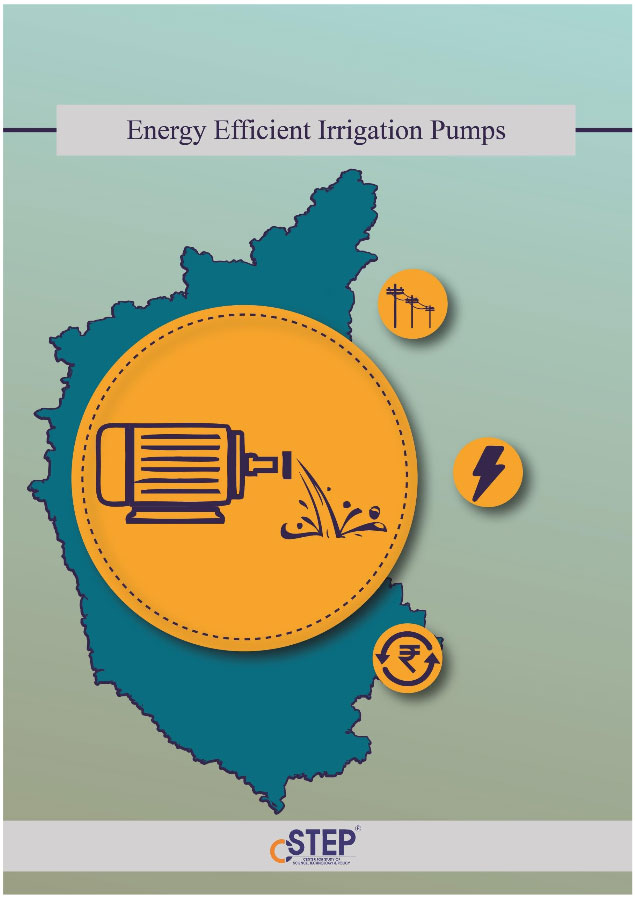