Studies for the Government of Karnataka


a) A Proof-of-Concept Urban Observatory Platform for Karnataka

The objective of the project was to build a Proof of Concept (PoC) of an Urban Observatory platform for Karnataka, which can carry out geo-spatial data analyses and visualisation to enable data-driven decision-making.The Urban Observatory explored how a complete data story around a specific theme can be presented by collecting, integrating, analysing and visualising data from multiple sources. The PoC demonstrates these features through the themes of 'noise pollution' and 'understanding city growth dynamics'. This PoC Urban Observatory can be expanded to explore other urban themes and can be replicated to create similar observatories for other cities in Karnataka.

b) Sustainable Water, Sanitation and Transport Strategies for Cities in Karnataka

The objective of this project was to identify strategic priorities for sustainable urban water, sanitation, and transport planning in different regions/cities of Karnataka.
In this study, the concept of Integrated Water Resources Management (IWRM) was applied to formulate contextually-relevant water and sanitation strategies for different urban geographies in the state. The project demonstrated how cities can conduct pre-feasibility assessment for choosing the right sanitation technologies for their context. The study also suggested possible EV penetration strategies in different transport modes for different city categories.

The study assessed the feasibility of replacing 5 lakh inefficient irrigation pumpsets (IPs) with energy-efficient IP sets across five Electricity Supply Companies (ESCOMs) in Karnataka. Pilot studies revealed that the efficiency of existing IP sets was less than 30%. The efficiency of current energy-efficient IP sets range from 35%-55%, providing huge potential for energy-savings on replacement. By replacing 5 lakh IP sets, GoK could save about INR 900 crore from subsidy outlays every year. The project shows an attractive payback period of three years, in spite of the cost of replacement being about INR 2,500 crore. Based on the findings of the study, CSTEP suggests a step-by-step implementable roadmap for the project including AgDSM measures that can be adopted by ESCOMs.

The Government of India has ambitious targets of achieving 175 GW of renewable energy by 2022. As of March 2017, Karnataka's renewable energy capacity share stood at around 35% (out of 20 GW of the installed generation capacity mix). This is expected to increase as the state (KREDL) aims to have 6.86 GW of solar and 4.9 GW of wind generation capacity by FY19.
In this study, CSTEP looked at the impact of planned renewable energy addition (up to FY 2018-19) on Karnataka's grid. Detailed power flow analyses were conducted for each of the financial years 2017-18 and 2018-19. The analyses were conducted for six different scenarios, for these two years, in order to capture the variation in solar and wind generation, and the state's total demand. The study also looked into the effect that taluk-level limits on RE capacity had on the grid.
A Geographical Information System (GIS) enabled, web-based energy planning platform has been developed to visualise power flow scenarios. The visualisation platform allows users to better understand the impact of high renewable energy capacity deployment in Karnataka.

The agricultural sector in Karnataka accounts for 39% of the state's electricity (~21,344 MU). This is provided for free, or at heavily subsidised rates, to farmers. Moreover, electricity is not metered. This has led to an estimated revenue loss of INR 9,295 crore for state DISCOMs. The Government has attempted several initiatives to reduce this loss, one of them being segregation of domestic and agricultural feeders.

The feeder separation provides an opportunity for use of solar energy to supply electricity to agricultural feeders. Karnataka not only has good solar radiation profile but is also a leading state in solar installations with a commissioned capacity of ~5.1 GW. This is expected to cross 10 GW by 2025. Therefore, there is a case to examine the viability of solar power for supplying dedicated agricultural feeders (DAFs). Based on a request from the Energy Department, CSTEP assessed the technical and economic feasibility of supplying DAFs with solar-based generation. The objective was to determine whether existing and proposed PV plants (1-5 MW) can supply these feeders directly, thereby reducing losses and increasing accountability in terms of metering. CSTEP analysed various system designs to construct an implementable roadmap with policy recommendations for the Energy Department.

CSTEP conducted two studies for the Government of Karnataka with the broad goals of evaluating the initiatives of Bangalore Metropolitan Transport Corporation (BMTC) on modal share in public transport and exploring the potential of integrating the operations of BMTC and Bangalore Metro Rail Corporation Limited (BMRCL).

CSTEP evaluated the impact of Bangalore Metropolitan Transport Corporation's (BMTC) initiatives on the modal share of public transport, in a study for the Government of Karnataka. The aim of the study was to assess measures that could increase the modal share of public buses in Bengaluru. The study also suggested strategies for revenue generation from chartered/dedicated bus services and land monetisation. The study on new AC bus services identified feasible bus routes for operation along major corridors in the city, while the route-rationalisation study identified impacted bus schedules along Metro corridors as well as airport bus schedules. The study on chartered/dedicated bus services proposed a model to increase revenue generation, considering flexible slab rates and additional bus demand. The land monetisation study identified land parcels suitable for economic activities based on land use and zonal regulations. The study recommendations were accepted by BMTC and are being considered for implementation.

CSTEP conducted a study for the Government of Karnataka with the broad goal of exploring the potential of integrating the operations of Bangalore Metropolitan Transport Corporation (BMTC) and Bangalore Metro Rail Corporation Limited (BMRCL).

The objective of this study was to increase the public transport mode share in Bengaluru through potential collaboration between BMTC and BMRCL. The study recommended measures towards route integration, infrastructure integration, and institutional integration. CSTEP identified potential feeder bus routes to address the first and last-mile connectivity to Metro stations and essential physical infrastructure required for various Metro station typologies. The institutional integration study proposed an institutional framework for improved functioning of the public transport agencies in Bengaluru. The study recommendations can serve as a guideline for the design of future Metro stations and integration with other modes of transport for seamless connectivity.

Back to Select Projects 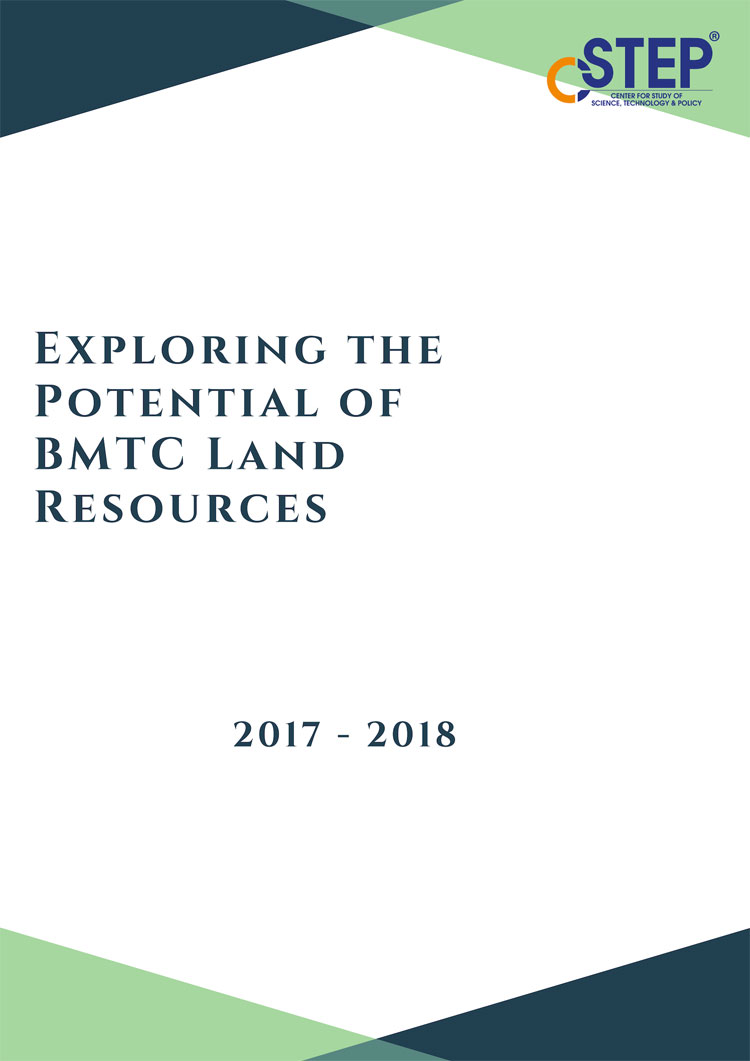 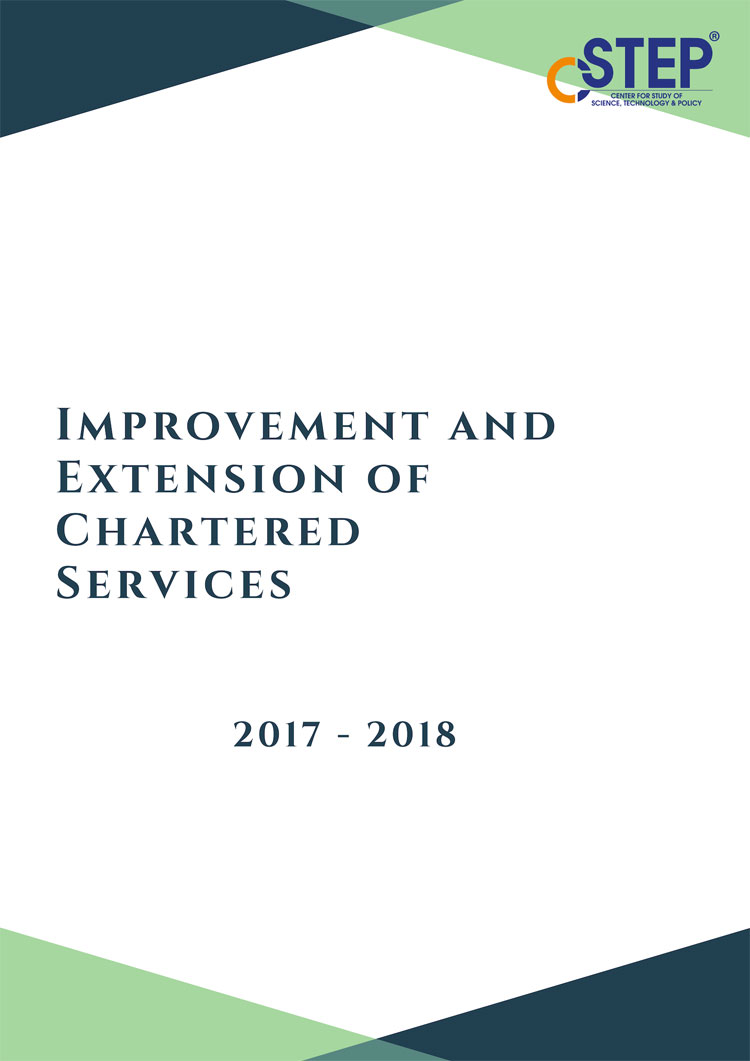 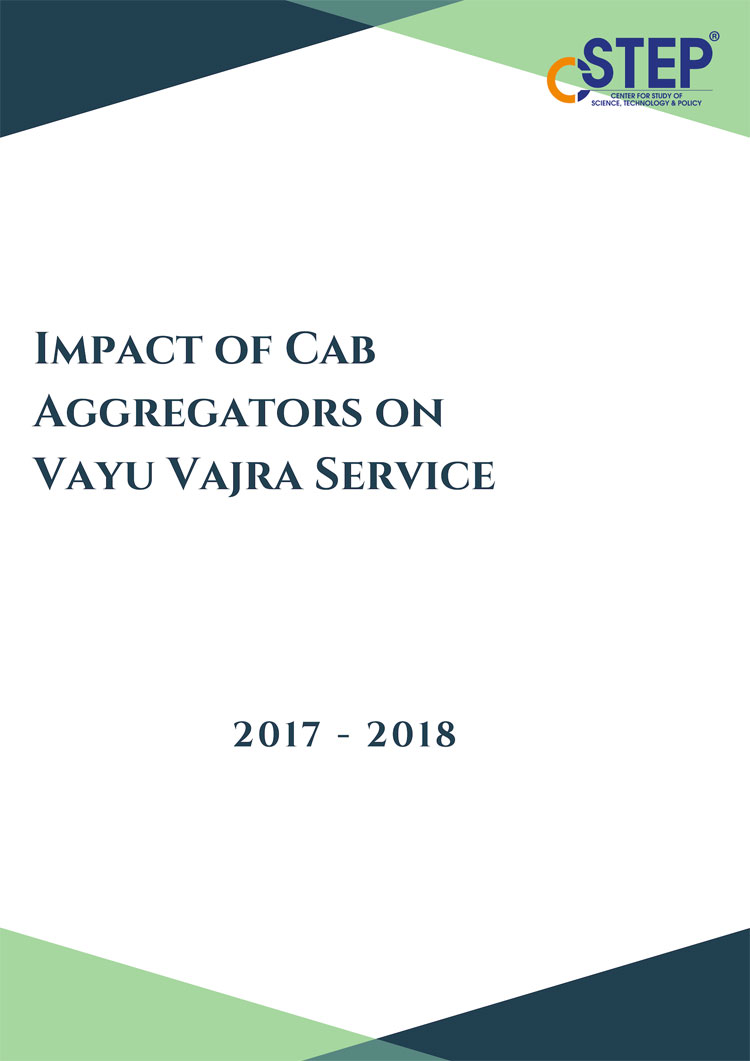 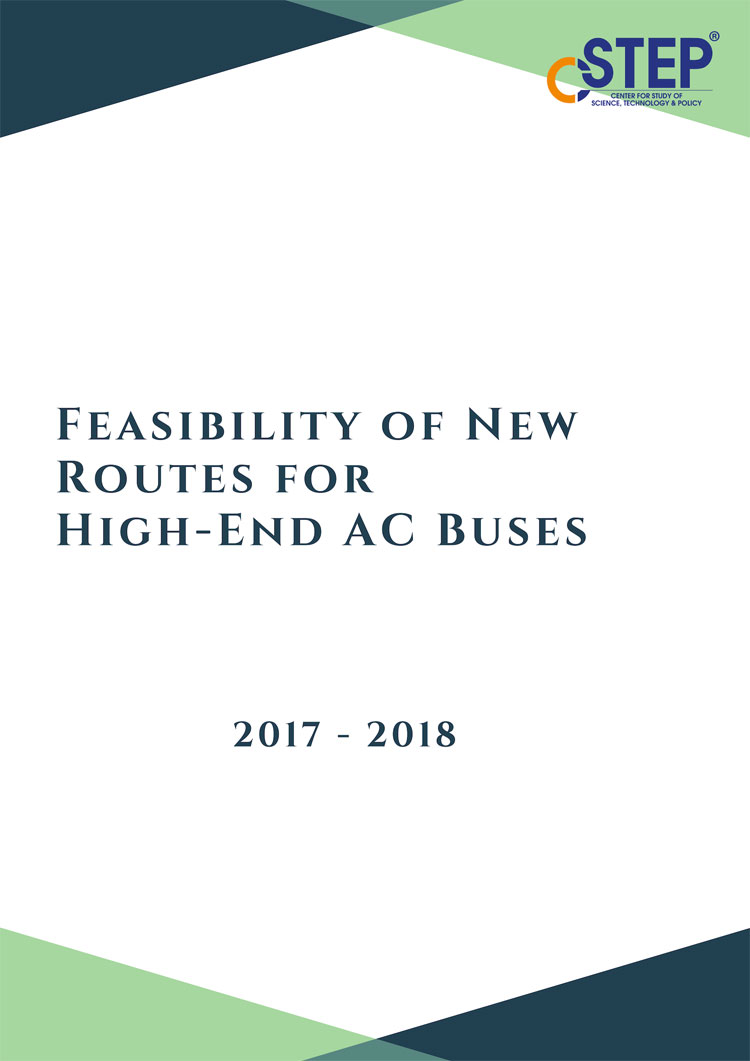 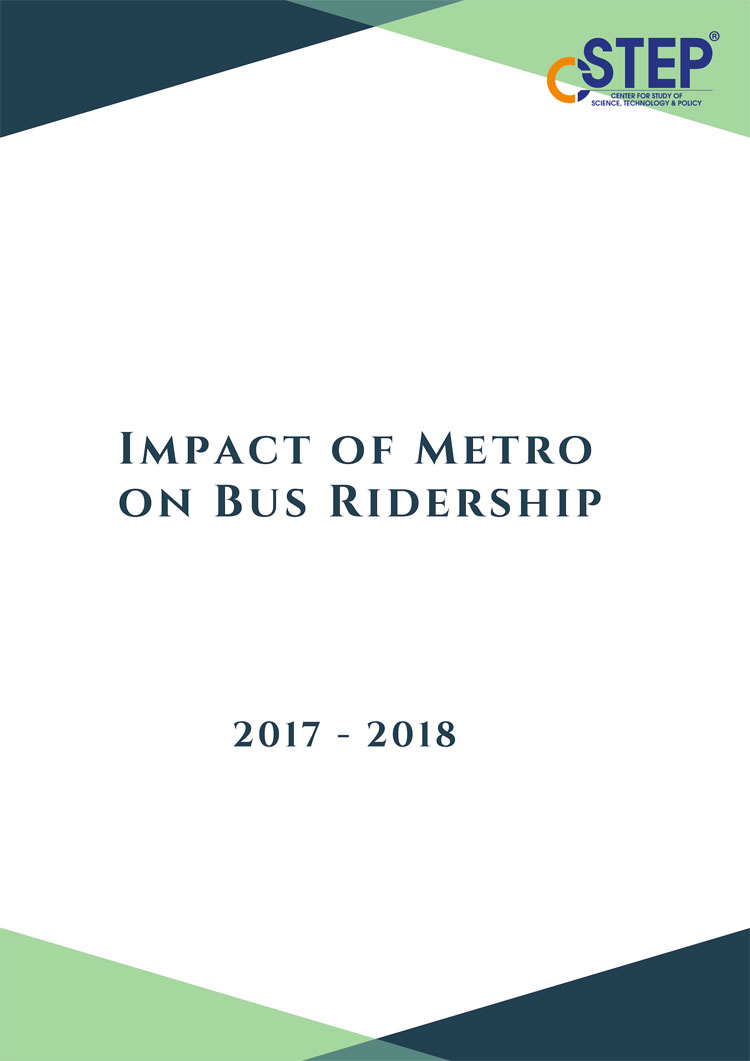 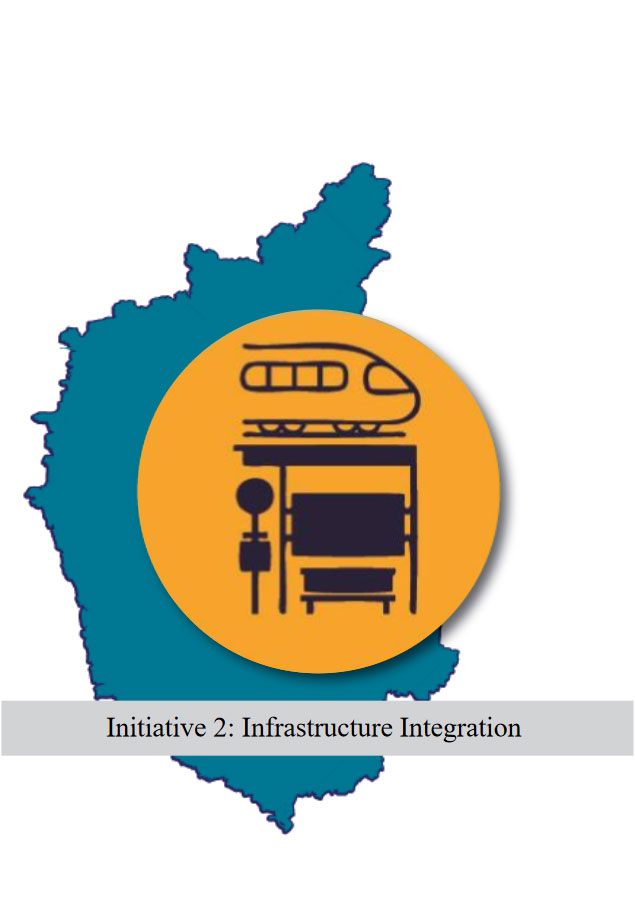 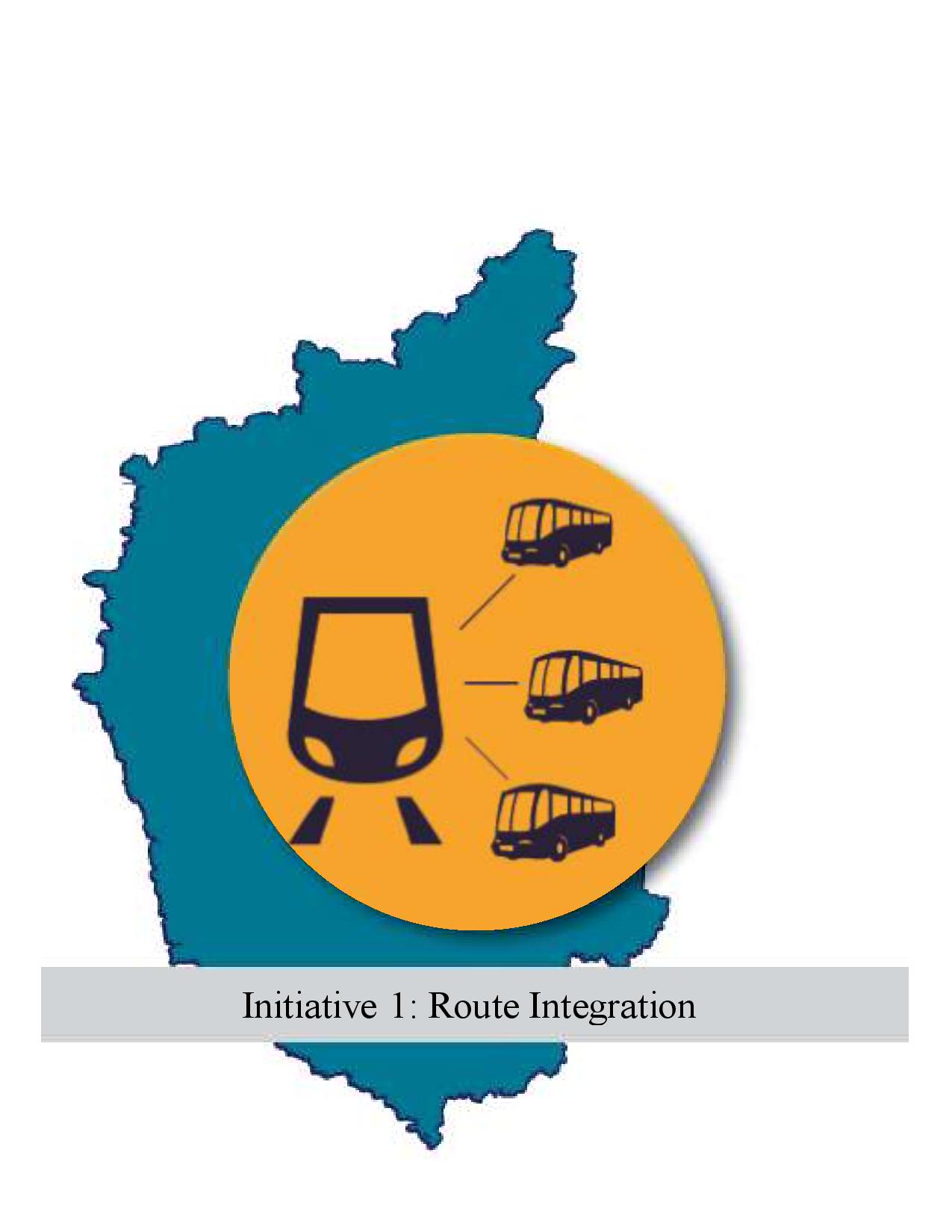 Impact of Metro on Bus Ridership

Improvement and Extension of Chartered Services